5 Google Font Combinations to Use in Your 2021 Business Website

Choosing the perfect Google fonts for your business website can make or break the whole layout and appearance. Choose something too difficult to read or too trendy and potential customers will flock to your competitors. It is up to you to choose the perfect Google font combination, but how do you know which combo is right for you and your brand?

Gone are the days of Arial and Calibri being your go-to font style. Choosing your Google font combination means looking at the data. What the data says is that some of the most popular Google fonts include Roboto, Open Sans, Lato, Oswald, and Montserrat.

The list goes on, but these top, headlining fonts were chosen based on popularity and measured by views. This is a great starting point to break down which fonts you should be using for your website.

The Best Google Font Combinations of 2021

In this article, all of the Best Google font combinations of 2021 for your business will include all fonts that are Sans Serif. This literally means “without Serif.” So, what is the difference?

All fonts that are Serif mean that they have a more decorative component. This includes an extension type structure, like “feet.”  Historically speaking, a font with Serif was used to increase readability as they tend to help your eyes travel across a line better than those that are Sans Serif. Others beg to differ as Sans Serif fonts are more commonly used, especially throughout print in the United States. It can be argued that while Sans Serif type fonts are best for small body copy, Serif type fonts stand out best in large text.

PT Sans is short for Public Type Sans and was released in 2009. The primary designer, Alexandra Koroklova was tasked to create a font style to celebrate the 300th anniversary of Peter the Great’s orthography reform. This particular font also includes Latin and Cyrillic characters.

PT Sans pairs well when using Open Sans as the bold, heading font. Designer, Steve Matteson, released the Open Sans in 2011. This font was influenced by Droid Sans, the font for Android mobile devices. Its popularity is due in part to its versatility and is most commonly used in flat design-style web design.

Inspired by Gothic-type fonts, Source Sans Pro is an open-source developed by Paul D. Hunt for Adobe Systems. The goal was to create a typeface for user interfaces.

Raleway is another open-source Sans Serif typeface. It was developed by Matt McInerey and appears sharp, yet functional. Add this sleek font to Source Sans Pro for a unique, yet easy to ready website.

For beauty and luxury, Oswald and Montserrat will bring a sense of fashion to your website. Initially launched in 2011, Oswald is a font that is an open-source serif typeface. Vernon Adams designed the font and is influenced by the classic gothic and grotesque styles derived in the late nineteenth and early twentieth centuries.

Polish designer, Lukasz Dziedzic created the open-source Sans Serif typeface known as Lato. This specific font was created for a corporate client who decided to change their stylistic direction. It was later released to the open-source community in 2010.

A very user-friendly font with open curves, Roboto, was first designed by Google for the Android phone. It was created by Christian Robertson and released in 2011. Roboto made a big appearance in 2017 as it was the font used on the LCD lockdown clocks of New York City subway’s B division lines.

Roboto also pairs well with Merriweather Sans. They are both clean and easy to read fonts. Merriweather Sans was designed by Eben Sorkin and it has had many revisions since its release in 2013. Currently, there are 8 styles of Merriweather Sans. Overall, it is a font that gives off a traditional feeling with modern shapes.

Final Thoughts: 5 Google Font Combinations to Use in Your 2021 Business Website

The top 5 Google font combinations to use in 2021 for your business website will be clean, easy to read fonts that will make an aesthetically pleasing layout. These combinations of Sans Serif type fonts will ensure that your website is well received by viewers.

WPCity has created a comprehensive article: 100 Best Google Fonts For Your WordPress Site (And How to Use Them). This article offers great suggestions on where and when to use Google fonts for a project.

For further resources, take a look at the typography section of our Resources for New Web Design and Development Projects page.

A long time ago, in a land far far away, there was tons of snow and cows. Vowing to find warmer land and serve the small businesses of Phoenix, Jada Lewis left Wisconsin to do just that. In her former life she nursed animals back to health as a veterinary technician, but now she finds her superhero powers by using words. Her expertise is in saving small business blogs from disaster and making waves on social media.

How to Improve WordPress Website Speed and Performance
March 8, 2021

This site uses Akismet to reduce spam. Learn how your comment data is processed. 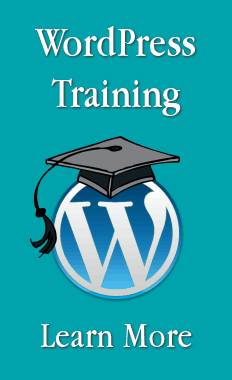 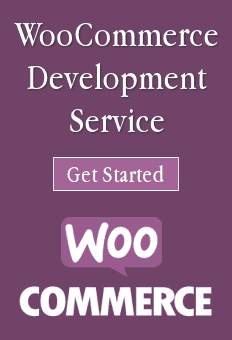 Aaron at Golden Oak Web Design was great. I felt that his entire process was collaborative and helpful. I am happy with our website and am pleased to recommend his company.

Golden Oak Web Design projected and anticipated potential shortfalls and longterm needs that ended up placing us in even better standing upon the conclusion of our project. The cost for the development and implementation was seamless and was worth every dollar spent. I will never work with another company for the needs of our website again. We are a lifelong client.

Golden Oak Web Design continues to prove, without a doubt, that they provide the best sales funnel structure for web design for any size company. They take the time to thoroughly explain how and why to do things that enhance and improve the user experience, as well as fully exploit every sales advantage for the client.

Golden Oak Web Design offers an outstanding service and benefit. They make the process of building an effective site fun and creative. All the while, guiding you through the process necessary to achieve your web design goals. I can’t recommend them highly enough. Finding and hiring Golden Oak Web Design to design and implement our site has been one of the best choices we have made.

In today’s marketplace, the only thing that puts a company ahead of others is customer service. Golden Oak Web Design went above and beyond the website design, they looked at aspects of my website that needed to be updated and modified making sure I had the latest in security, and future planning to keep traffic flowing. If you are looking for cutting-edge technical knowledge, clear, quick communication and top of the line customer service then you want Golden Oak Web Design on your team.